Last week I shared my 5 Elements of a Flexible Organisation presentation at the CIPD / ACAS Flexibility for All conference. I blogged about it in advance, here.  David D’Souza from the CIPD tweeted me to say that he believed there was a sixth element; technology.

I reflected on what he had to say, and my own use of technology as a flexible worker.

When I’m working from home, or just generally working on the move, I use the following technology:

When it comes to the technology needed to work flexibly, most of it is already there. If it isn’t on the corporate network, it’s free to use or download.  On the hardware side, many of us already own it – whether it’s the organisations or our own.

So the issue isn’t so much one of availability or needing new stuff, but capability and default ways of working.

Capability is another important issue. It  might be 2018, but I still come across plenty of people who tell me that they ‘aren’t very good with technology’ like anything other than an email is some sort of devil’s work.  I’ve asked to Skype into meetings to save me a four hour journey to be met with surprise and outright refusal.  I know plenty of people who simply refuse to use tools like Slack because it is ‘too hard’ or they ‘don’t have time’.

I don’t have time is my favourite excuse. Because it rarely means someone doesn’t have time.  It means, for varying reasons, that they just don’t want to.  Maybe then I’m not even talking about capability, but desire.

The technology acceptance model tells us that there two primary factors that influence decisions about whether technology is used (when and how) – perceived usefulness and perceived ease of use.  The good old diffusion of technology model highlights the time that new technology takes to go mainstream – part of which is attributed to individual motivation.

My takeaways from these models (and that is all they are, they aren’t perfect) is that, scratch the surface, and attitude is a key factor at play.

And so, in conclusion, yes, technology is an element of a flexible workplace. But sometimes it’s not about new kit or fancy applications – just choice in using it and working a little differently. 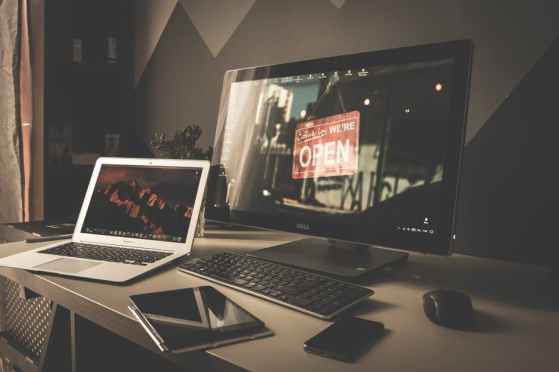