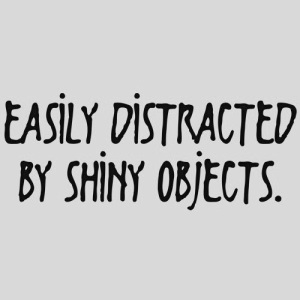 There is a shiny new exciting thing
Being done only by the sexy, exciting few.
We collectively ‘ooooh’.
It becomes the stuff of conferences speeches, case studies, webinars.
The bandwagon builds. We all want it. It is just what we have been waiting for.
It becomes imitated, mainstreamed, best practiced.
You can’t not have it. Otherwise, like, what are you doing?
A few people raise a few questions, suggest a few flaws.
Experts abound. Gurus offer to help you understand it, implement it, embed it.
It gets a conference all of its own.
Everyone adds it to their LinkedIn skills profile.
We’ve all seen it. It’s all over Twitter, LinkedIn, Slideshare.
Links and shares abound.
It starts to become a bit boring.
The critique starts in earnest. Then come the jokes.
Erm hello, are you still doing that? It is so yesterday….
And then look! Here is a new, shiny, exiting thing.
I’ll have that, instead.

The term bandwagon, in the way that we tend to use it in every day speech originates from American politics. According to the font of all knowledge (Wikipedia) it was first used in 1848 when a popular circus clown used his bandwagon and its music to gain attention for his political campaign. As he gained success with his method, other politicians all wanted a seat on his bandwagon. The negative association that the phrase came to embody arose as, when he became more popular, others wanted a seat on the bandwagon just for the sake of it, without really understanding what they were aligning themselves to or associating with.

We now use the phrase to refer to a type of groupthink. The general rule is that the more people come to believe in something, do something, join something, the more likely it is that others will then do so. The probability of adoption in increases, as everyone hops on the bandwagon. What we don’t always stop to do, is consider the evidence. Understand the why. Understand if it works for us. We all want the shiny thing. We all want to associate ourselves with the best, the winners, the cool kids on the block.

Jumping on the latest HR bandwagon? I am guilty as charged. Are you?

11 thoughts on “The Bandwagon Effect”